Joined the team in August 2015. Stephanie began her hospitality career at West Tower age 15 and soon realised this was the industry for her. Over the next 20 years she went on to work in a variety of branded hotels both nationally and internationally undertaking every Head of Department role before taking on her first General Manager role at just 23. Stephanie is herself a West Tower bride and got married at West Tower in 2010 before taking over as General Manager 5 years later in 2015. Stephanie is simply West Tower through and through and since she took over; West Tower has continued to go from strength to strength in sales, operations and business development. Stephanie is also the Director of Operations for our company.

Stephanie says – West Tower is very special to me, it’s where I fell in love with the industry and where I myself chose to have my wedding day. As a West Tower bride myself, I truly believe it is the very best venue for your wedding day. I fully understand the huge responsibility our couples entrust us with and am dedicated to ensuring we continue to deliver nothing but the very best. The very best and most stunning property, the very best food and drink and without question the very best team. 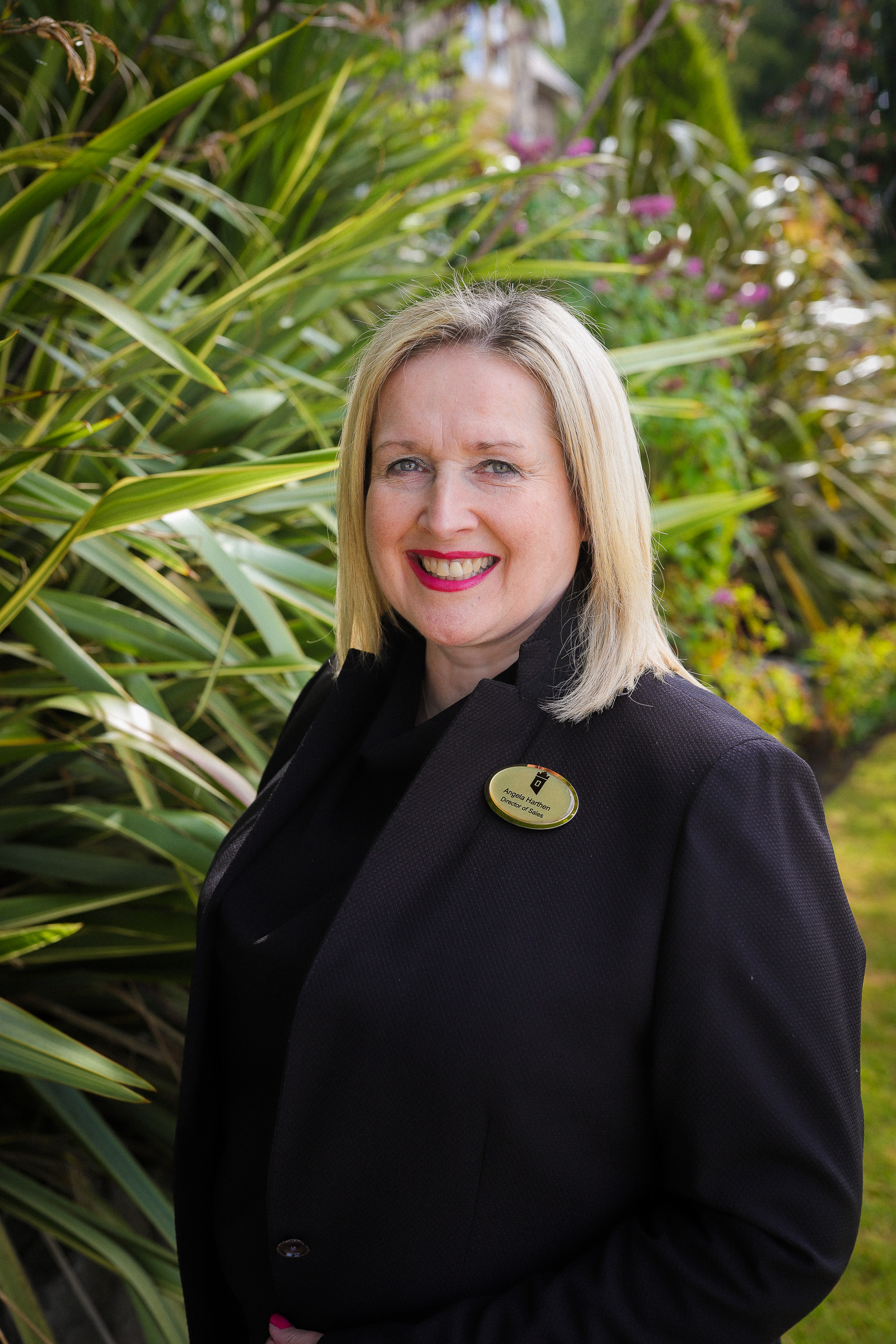 Following a career in the military & domestic aircraft industry Angela has been working in the hospitality industry for over 16 years. Having worked in most areas of luxury hotels throughout her career she has specialised in sales and business development. Angela brings with her a wealth of knowledge and experience to the team, along with her understanding of the true value of customer service.

Angela says – It is an absolute pleasure to be working with such a dedicated team of customer service professionals, who go above and beyond, ensuring our couples have the most amazing day that they will remember forever and in such a perfect setting too. 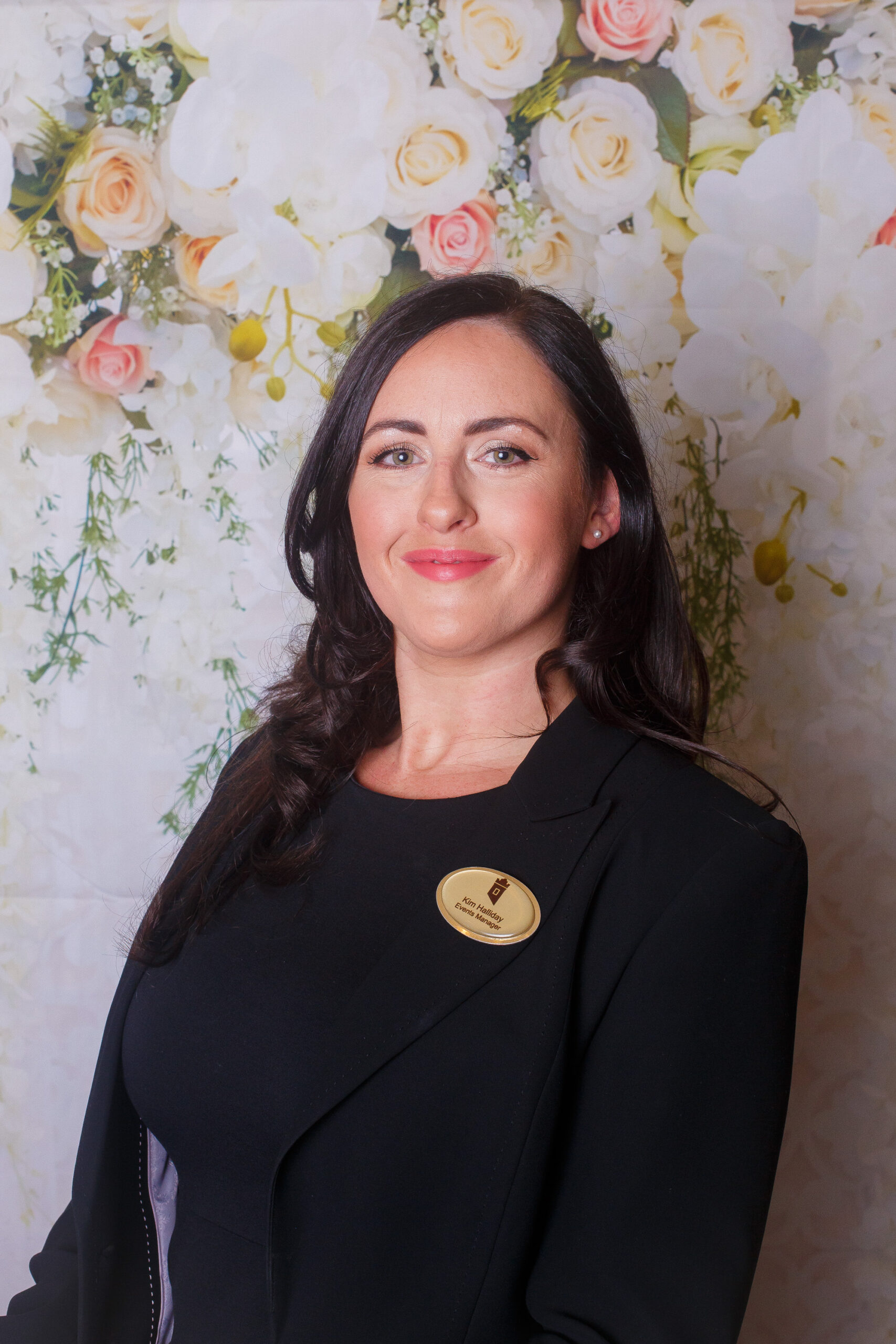 Joined the team in February 2018.
Kim has worked in the hospitality industry for 16 years always leading from the front and always with a smile on her face. Kim is knowledgeable in every operational department, always calm and in control ensuring everything runs like clockwork for our couples on their day.

Kim says – I love working with such a close-knit team and love making people happy. I understand that our couples have spent months or even years of planning their day so always want to make sure I do everything possible to ensure their day is everything they ever dreamed of and more. No two weddings are ever the same and every day is different for me, new couples, new guests, new décor and I absolutely love it! 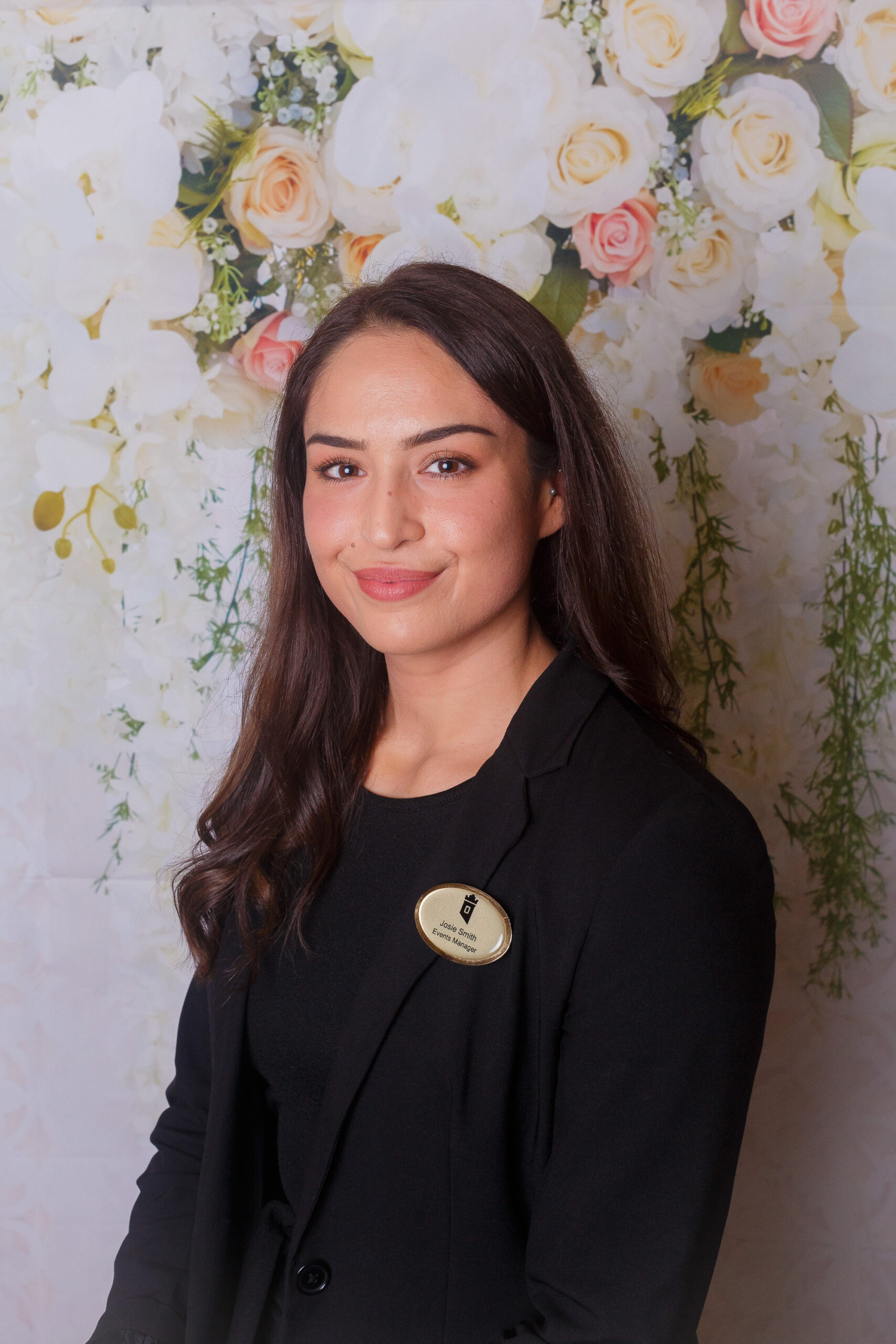 Events Manager
Joined the team in July 2019. Josie’s career in hospitality originally started within the restaurant industry. After 5 years and working her way up to management level decided she wanted to start a new challenge within the wedding industry and came to join our team at West Tower as an Events Assistant. Josie was quickly promoted to supervisor level and through her hard work and dedication has now joined our elite Event Managers team. Josie says - Joining the team at West Tower was the best decisions I have ever made. It’s such a pleasure to be a part of so many peoples big day’s and to work alongside such an amazing and truly dedicated team. I love making sure that everything is absolutely perfect for our couples and love guiding them through their wedding day from start to finish. I always want to ensure that the memories our couples make with us at West Tower will last them a lifetime and always make them smile every time they think back to their big day. 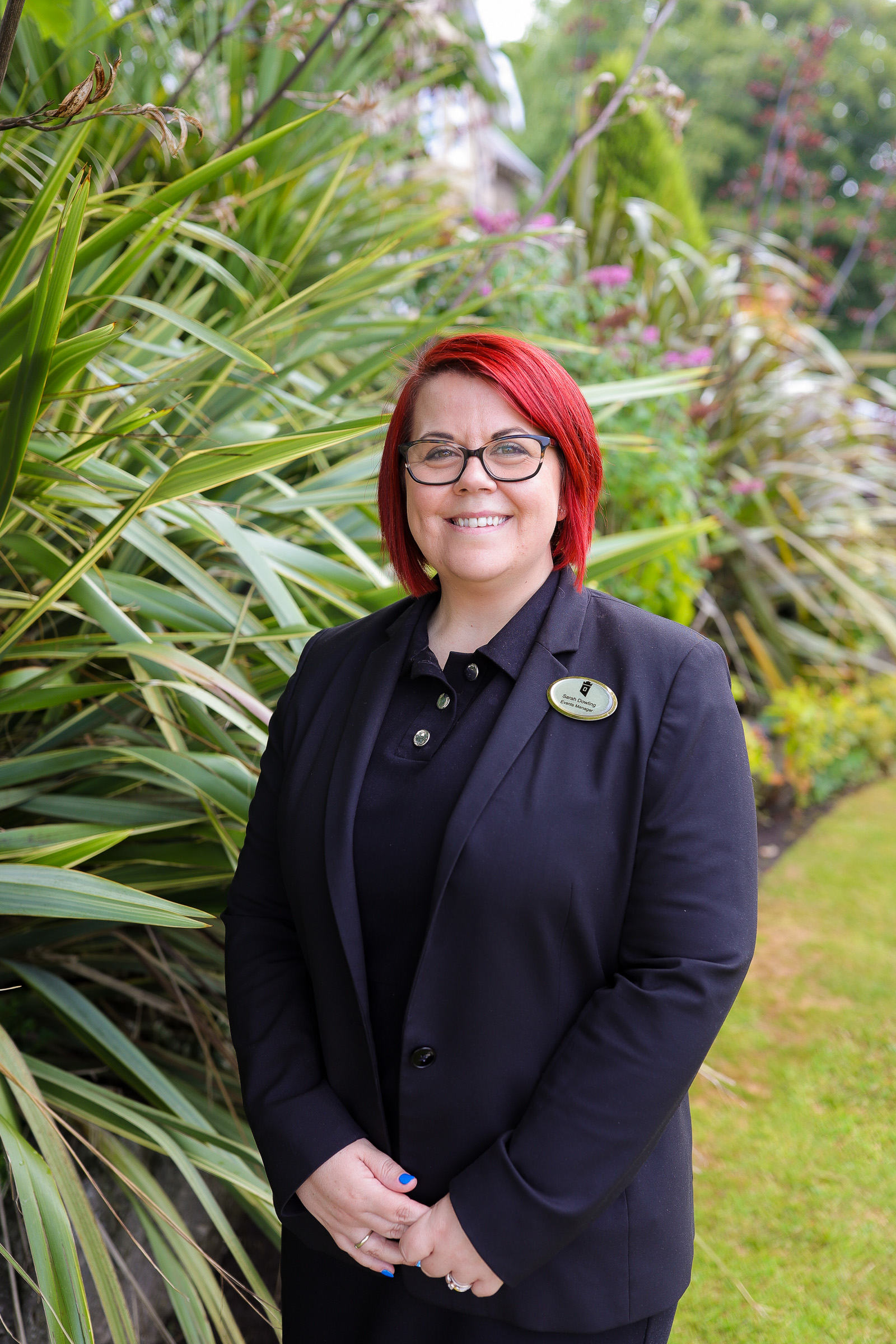 Sarah has worked in the hospitality industry for nearly 25 years and gained experience in almost every aspect from Rosette fine dining, events for up to 300, housekeeping, kitchen and reception.  Specialising in sales and events, Sarah brings her passion, enthusiasm and experience to the team.

Sarah says – Of all the places I have worked, I have never worked with such a hard working & dedicated team of professionals as the one here at West Tower. I am so lucky to be part of it and to be doing a job I adore in the most beautiful setting, surrounded by amazing people who work tirelessly to make each & every wedding as amazing as it can possibly be. I never get tired of hearing all the plans our couples have for their big day and the absolute pleasure of helping those plans become a reality. 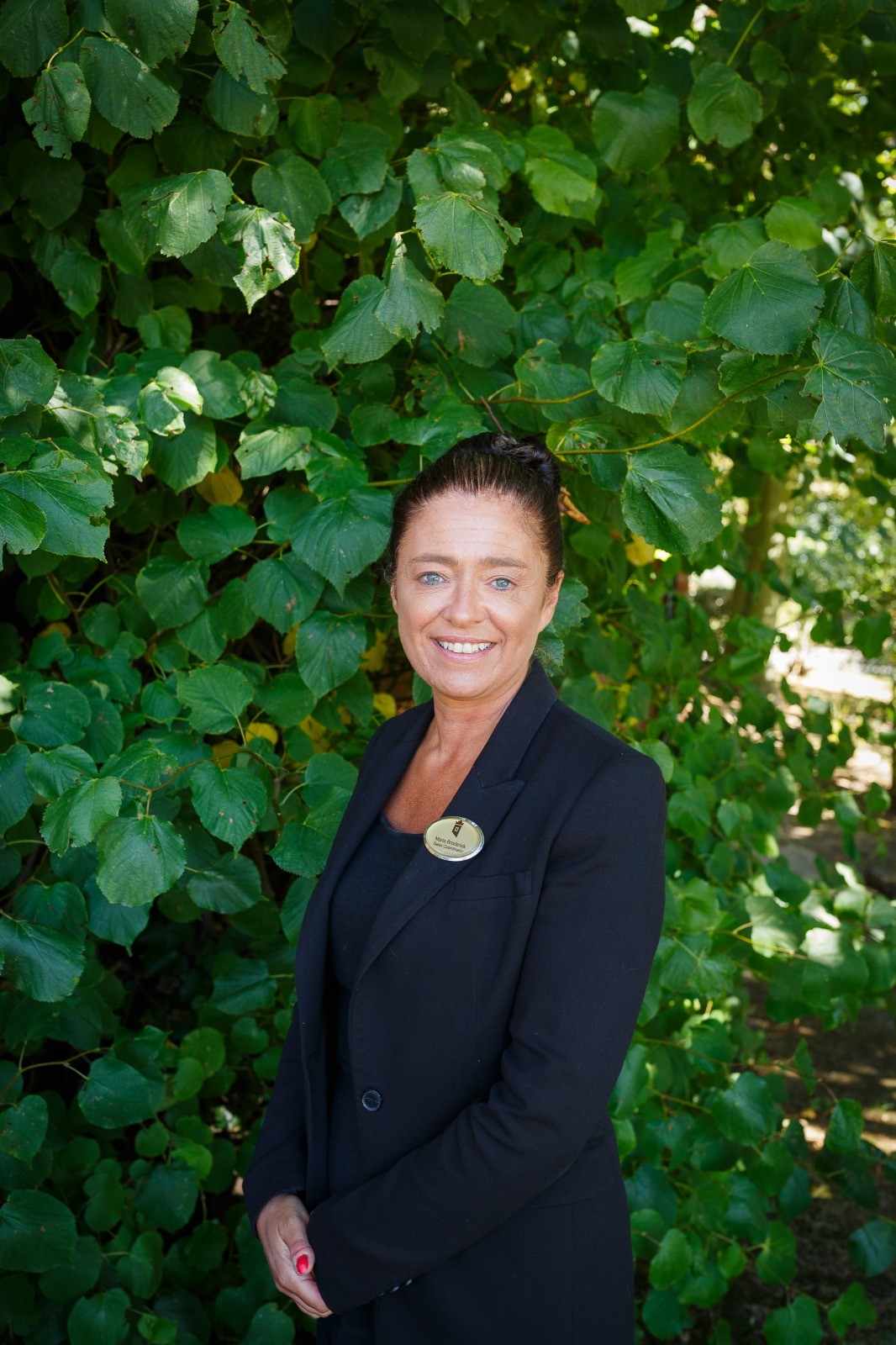 Joined the team in September 2015.
With over 30 years working in Hotels across both sales and front of house departments Maria understands each and every aspect of our guests needs, she is organised, caring and completely dedicated to our couples.
Maria says - I love meeting new people and building relationships with my couples. I am sometimes working with them for over 2 years so really enjoy getting to know them, helping them make all their plans come together and becoming a true friend to them. 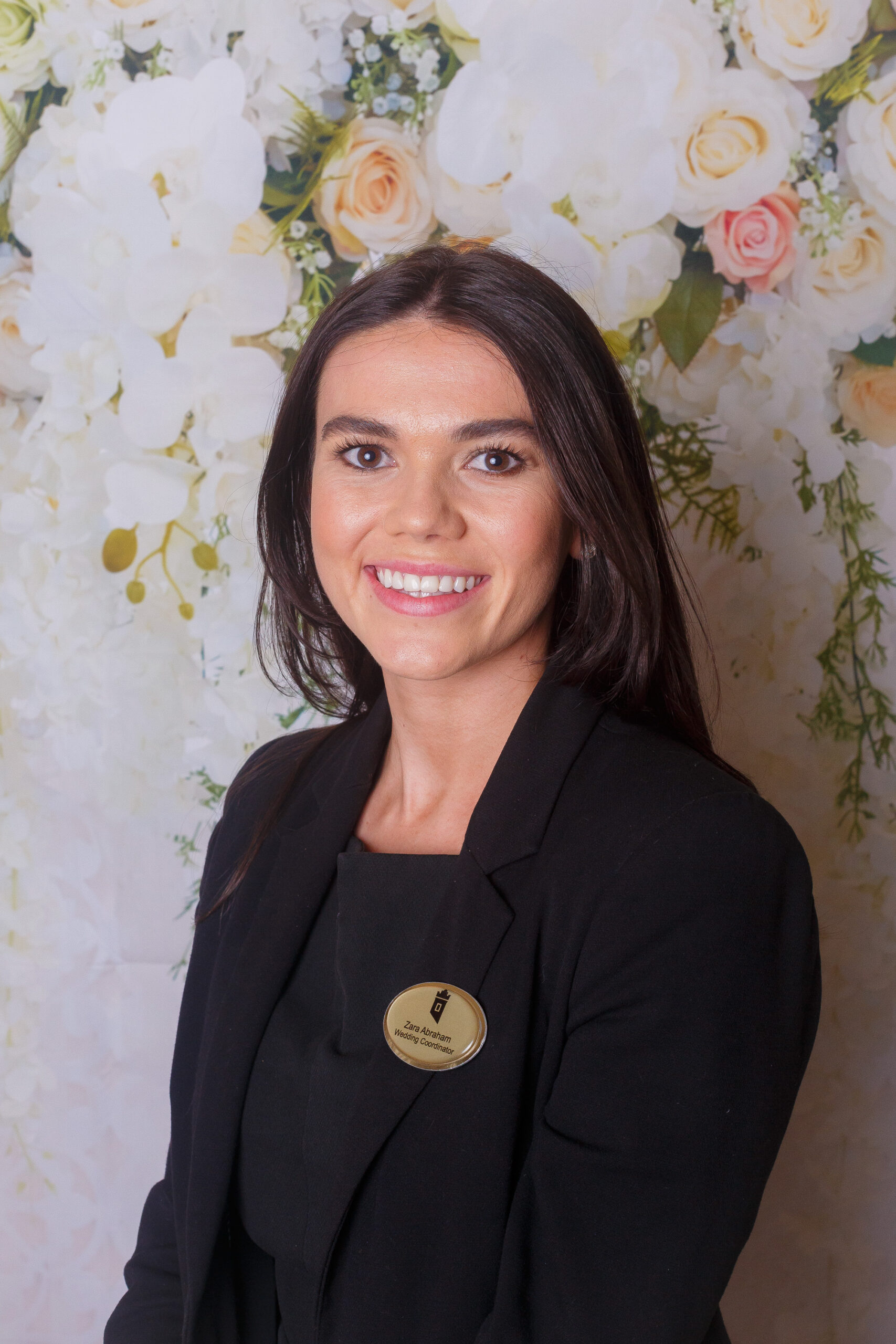 Joined the team in July 2018.
Zara studied Event Management at University and has been lucky enough to follow her dreams for the last 10 years working in various luxury city centre properties to now work in her dream venue.
Zara says – I love working with an award winning team and that we really are one big family.
I love the bond we are able to create working so closely with couples during such a special time and seeing all our hard work come together for them on their big day. 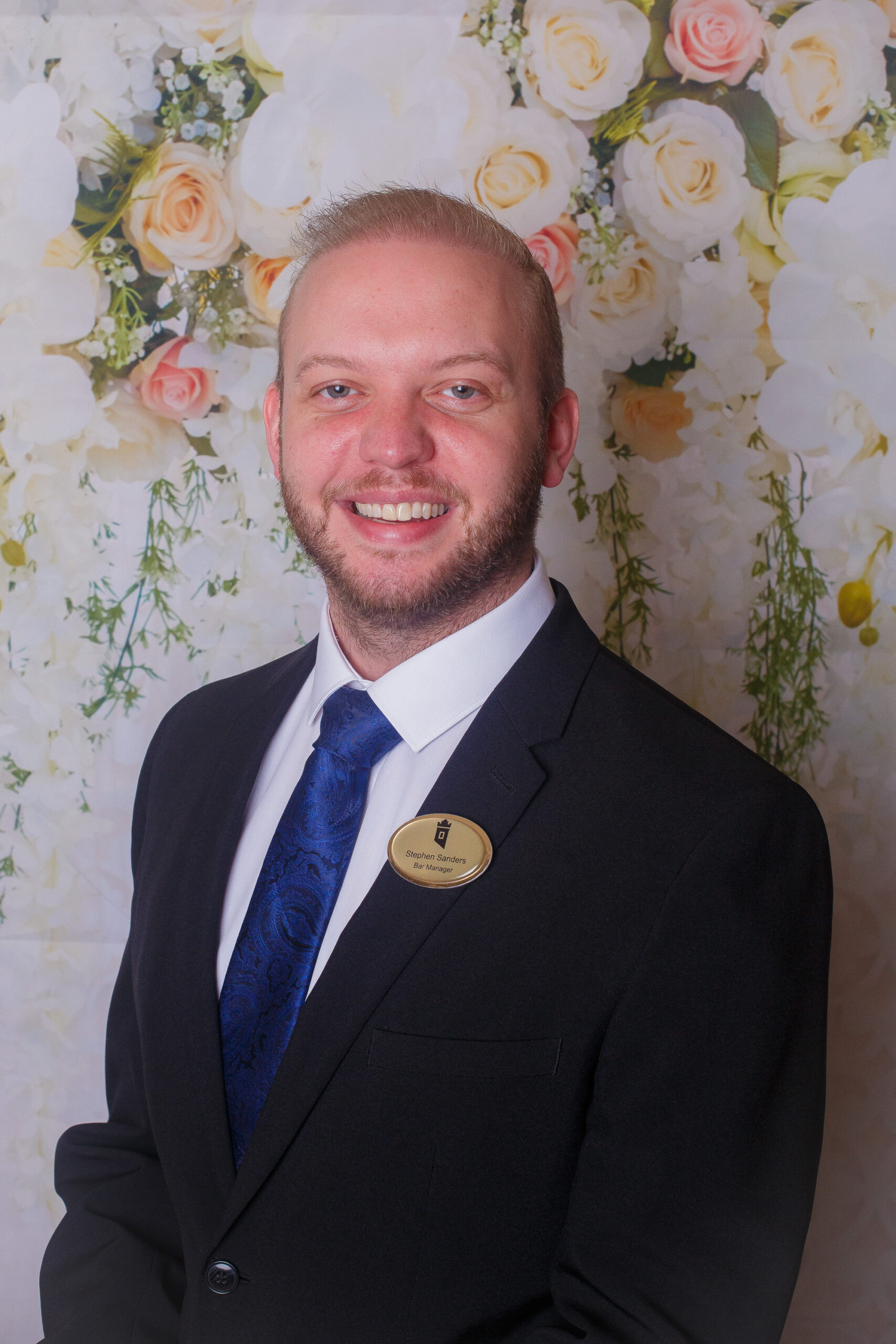 Joined the team in December 2015.
Having worked in the hospitality industry for over 16 years and having been a land lord for over 10 years Stephen brings his experience, passion and knowledge to West Tower ensuring we have the best selection of products available for our couples and their guests.
Stephen says – I love working with the team at West Tower, I’ve never worked anywhere where everyone is so completely dedicated to the guests and it really shows in how well we look after people on their special day. 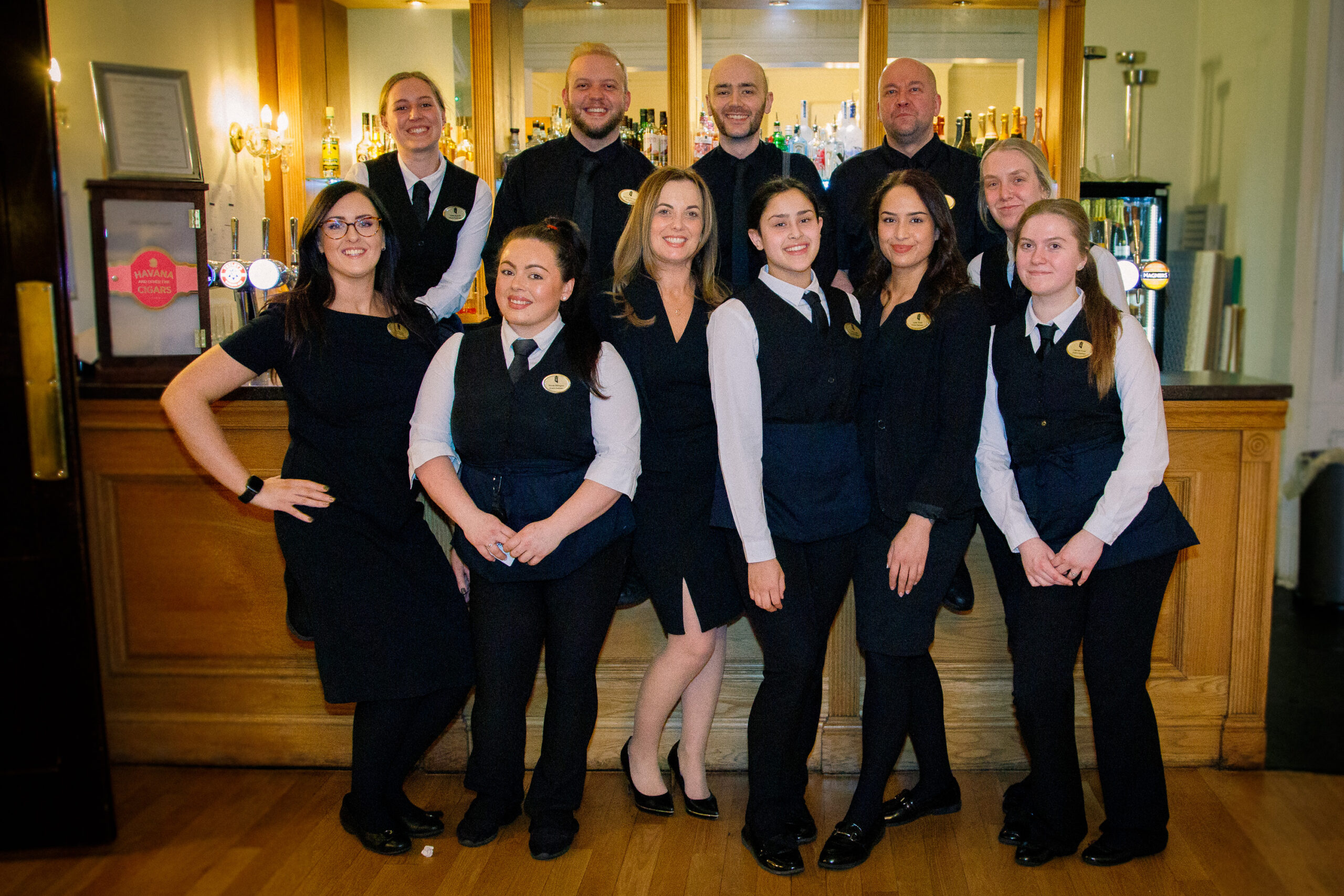